Much of the volatility in emerging markets in 2022 was a reflection of developed market activity, but with several highly unusual features. Russia’s invasion of Ukraine led to clients and freezing and withdrawing investment in certain markets, with currency restrictions creating unique challenges.

To best support their investors, investment managers and buy-side traders needed to tackle both market volatility and to overcome trading limits. Chris Perryman of PineBridge Investments and Doug Blatch of Ninety One talked us through the approaches they took on behalf of investors, and the support offered by sell-side firms which became invaluable in stressed periods.

Trading has been challenging across developed and emerging markets this year. Joining us to discuss how that’s played out in our Chris Perryman of PineBridge Investments and Doug Blatch of Ninety One.

Guys, welcome to the show.

Doug Blatch: Thank you for having us, Dan.

Dan Barnes: To start with, where has liquidity supply been most effective and been most challenged in 2022?

Chris Perryman: In the dollar market, what we’ve seen is whole-sale liquidity challenges, not just in EM, you know, US Treasury markets at one point dig go bidless so the challenge is more broad based than just EM as a function of our trading area. I think what we’ve seen is when there was lack of clarity and real guesswork really going on on directional issues, be it either geopolitics, or in terms of China policy or any of the areas that have caused the challenges, we saw a real shutdown in terms of just prices disappearing from screens.

Where there was clarity, there was more ability to see the bid offers come back and markets function normally.

Doug Blatch: We’ve seen some real stresses in the core markets, and naturally, when you extend that across to the emerging markets, you see like a little bit effect on that.

Dan Barnes: That’s great. Thank you. What were the expectations of emerging markets investment performance at the start of the year?

Doug Blatch: Everyone was looking for possibly a more muted performance from EM. We’d had a couple of good years and towards the back end of last year there were already signs of inflation increasing. There were already signs that central banks would have to raise interest rates. I suppose not many investors were aware of just how behind the curve central banks actually found themselves to be. But with that, as a broad picture, investors were definitely looking for a tougher year.

Chris Perryman: Geopolitics changed the landscape, the inflation picture changed the landscape post that, and what we had was then an accelerating central bank environment where downside risk became your thing. Rather than looking for those opportunities to gain alpha or beta, you were looking at a different environment completely. So yeah, at the start of the year it was single digit returns with a fairly benign environment where, you know, rates were rising at a steady pace and it definitely changed.

Dan Barnes: How did it change?

Chris Perryman: So from our side as a first change was terminal rates in treasuries, you had a three handle if you were really bearish at the start. And that moves to now we’re talking about between four, seven, five and 5.10 as a terminal rate. So you thought return expectations become challenged, you know, in terms of, seing a positive number.

And then the Ukraine-Russia conflict obviously created a ripple and a wave. And then what we saw, I think in the summer was the usual 20-year-old, out-of-date EM view, which is everything is going to fall apart, a high dollar means EM can’t afford the debt. There’s going to be restructurings, there’s going to be all of this.

And what we’ve seen now in Q3 and Q4 is actually fundamentals in EMare solid and has held up well and now we’re seeing some rational behavior.

Doug Blatch: When certain markets actually ground to a halt. Naturally, that had a spiral effect on other markets as well. The onshore currency markets, for instance, in Russia and Ukraine basically became closed to offshore investors. That didn’t suddenly mean that you didn’t have exposures in those countries risks to think about. Hedges need to be in place to cover certain instruments and naturally you have to try and negotiate through positions that are in a time of massive uncertainty.

Dan Barnes: That’s great. Thanks very much. So how have you seen sell-side support been effected this year? Where has it been most effective?

Doug Blatch: We found it particularly effective at the time that martial law was implemented with Russia invading Ukraine. We did have exposures in each of those markets and the uncertainty brought about, with where these markets, the currency markets in particular, were going to fix meant that there was open ended exposure.

So we did have key counterparties really step up to the plate and offer us liquidity, either by taking it on risk themselves or by facilitating amongst some of the other clients where it was a natural fit for someone to take the other side. But that required a lot of work. And obviously we weren’t the only client seeking solutions at a time of massive distress. So there were definitely counterparts that distinguished themselves over this period and it reflected well on some of the good relationships that we’ve built up over the good times.

Chris Perryman: Our partnerships with the sell-side were really tested this year and where we saw a limited balance sheet, how they allocated that was really a function of your behavior through a cycle. And so for us, we got given liquidity and they stepped up where we needed it.

The other place I would say where we saw really helpful information and insight was in the primary market where issuance was obviously very quiet but actually we still want to talk to syndicates and understand what’s coming on, and how are the companies and corporates feeling, and the sovereigns, because market access is always going to be brought into question during these periods.

And when do people need market access? How can they access? And when the taps turn back on, is it going to be a deluge or are we going to have a slow trickle? And so for us, helping and understanding that landscape where, you know, net negative issuance was the theme for 2022 and is the theme for 2023, helps the technical side of things and us understand that there is an underlying support for the market.

Dan Barnes: Chris, Doug, that has been fantastic. Thank you so much.

Doug Blatch: Thank you very much for having us today, Dan.

Dan Barnes: I’d like to thank Doug and Chris for their insights today and of course you for watching. To catch up on ou other shows or to subscribe to our newsletter go to TRADERTV.NET. 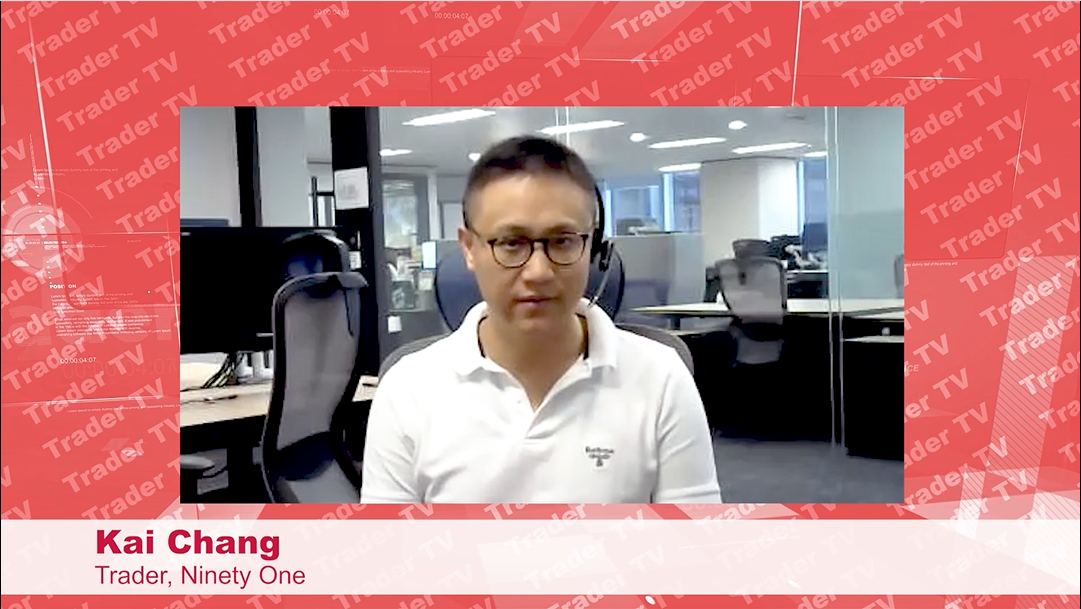 #GenerationTrader: Valuing diversity on the desk 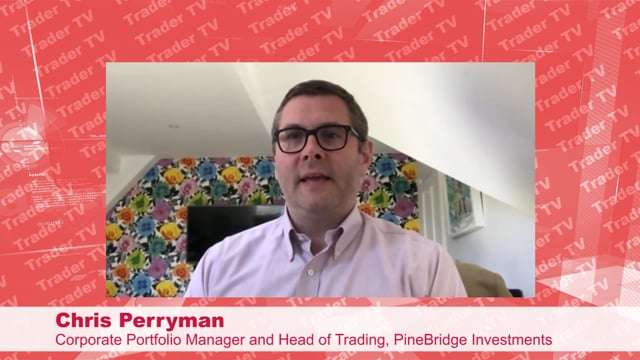