Brexit had less impact on volatility, but non-sterling investors moving into the UK markets with a pick up in supply across dollar and sterling markets has led to increased volume. Execution in dollar has polarised across big tickets via dealers and smaller tickets on electronic platforms, particularly via all-to-all. Sterling has been more voice based, with EM and high yield following suit.

So many new entrants into the bond markets are driving up liquidity but many disruptors are now the incumbents, says Lee Sanders, head of FX and FI trading for AXA Investment Managers, creating interest in new ways of working.

Lee Sanders Thanks, Dan. Good to be back.

Dan Barnes Tell us, Lee, what were volumes and volatility like in the credit markets during January?

Lee Sanders Yeah, it’s been an interesting January. Initially, volumes are up significantly for us. And the volatility was also slightly raised as well. I think initially we were very concerned about the impact of Brexit was going to have. And it was quite quickly apparent that there was no real impact into liquidity and there wasn’t really too much impact on volatility either. So, yeah, it’s been a quite robust start to the year and there’s been quite a few thematics which have sort of teased their way out over that period as well.

Dan Barnes So what do you think was behind the volatility in the volume increases that you saw?

Lee Sanders I think a couple of phenomenons. Non-traditional Sterling investors started to gain a lot more interest in having a look at the Sterling curve. The primary market in Sterling has been quite robust. Normally, that’s overshadowed by the European and the dollar market. I mean, last year was a record year for Dollar issuance. And this year so far, I think it’s up about 27%. Similar kind of numbers in the European market. And even Sterling is up on last year. And obviously, we had a pick up in supply March, April, May last year, I think in dollar terms actually it was something like 750 billion in three months and a reasonably healthy supply in the Sterling market. But this year, an interesting thematic is that we are seeing a lot more Sterling issuance, housing associations, smaller deals. There was an all state green deal this week. And I think we are kind of setting ourselves up for not necessarily the jumbo deals of Verizon and AT&T that we’ve seen historically, but maybe a little bit more for the banks. Deutsche Bank came yesterday in Sterling for a reasonable size deal. So we’re seeing that interest and it’s actually quite appealing to overseas investors to have a look at it on a cross-currency basis.

Dan Barnes And then in terms of how you’re executing trades into the markets at the moment, what’s the proportion of voice to electronic, relative to this time last year?

Lee Sanders If I look at the dollar business, it’s really polarized. It’s very big tickets that we’re working with the big dollar houses, but I think on the more medium size and smaller tickets from MarketAxess or one of the platforms, executing all-to-all, and I know it’s something that you’re interested in, I think the all-to-all volume has ticked up quite significantly. Looking at our turnover numbers in Dollar IG, traded out of the UK, MarketAxess are a top five counterparty, because of the flexibility they’ve given us in all-to-all trading. And in fact, it was quite significant over the crisis when some of the banks were quite prohibitive in what they were charging for liquidity. Sourcing alternative liquidity on an all-to-all basis turned out to be quite advantageous for us, and our TCA was very strong over that period. In Sterling it’s less than in Dollar terms, because the Sterling market doesn’t work in that way. So we’ve had to pick up the phone. We’ve had a record year in sterling turnover in the UK, ramping up predominately via maintaining, but also our active mandates have been very busy as well. And at times, if we’re selling, it seems easier on the platform. If we’re buying, we’re negotiating very heavily on the phone. And I think EM and high-yield have been similar, you know, it depends on the size in those markets to a certain degree.

Dan Barnes From the lessons we learned last year from the volatility, do you think there might be any changes to the use of different trading protocols going forward as people have got used to trading in different ways, perhaps?

Lee Sanders One thing I would say is the liquidity dynamic I think is changing in front of us all. There are so many new entrants into the corporate bond market, happy to put balance sheet to work. You know, the move of Jane Street, and flow traders and a myriad of people behind them are creating a new dynamic. And the banks are fighting hard to maintain their slice of the market. But as you know, banks are trading quite heavily on platform as well. You know, 30% of RFQ is bank driven, not asset manager driven or hedge fund driven.

So I think people have become a lot more cerebral about the way that they do business in the way that they gain liquidity, whether that systematically is something that we’re looking at, at AXA is, how we interact with all of the data points out there, you know, in bringing a liquidity solution to the game, or whether it’s just onboarding more point-to-point connections, streaming connections and looking at different ways to engage with the market. I think the interesting thing is the disruption to the business, which were MarketAxess, Tradeweb, etc., and the ECNs are now the incumbents, and I think we’re always looking to see what could potentially change that, you know, new ways of executing the business. But I think if I look at an all-to-all trading, list trading, portfolio trading on platforms is giving you enough tools in the toolkit. And I think it’s more about using your data to see where to go if you’re not going to go more open.

Lee Sanders Thanks, Dan. Hope to see you again soon.

Dan Barnes I’d like to thank Lee for his insights and, of course, you for watching. To catch up on our other shows or to subscribe to our newsletter, go to TRADERTV.NET or ETF.TV. 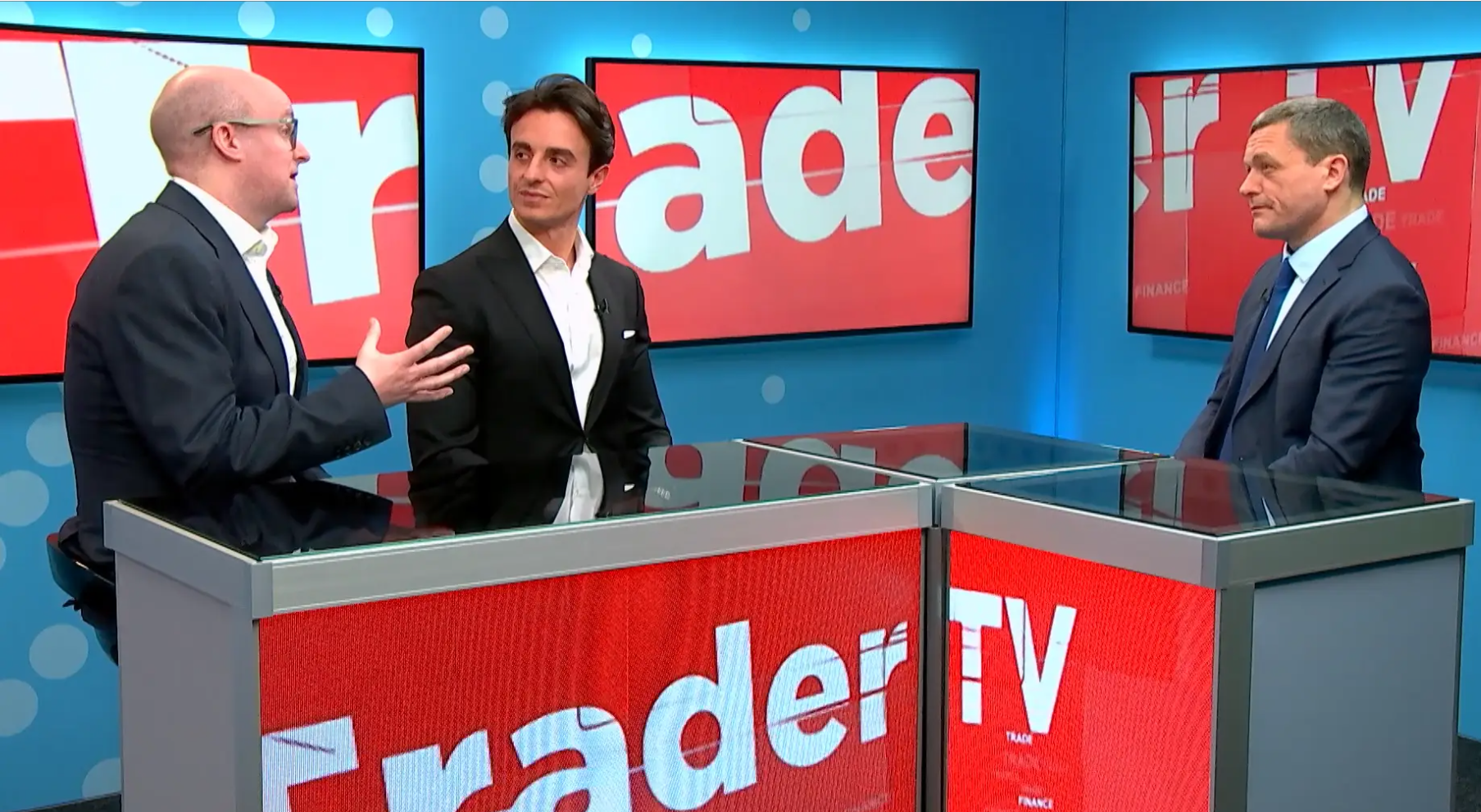 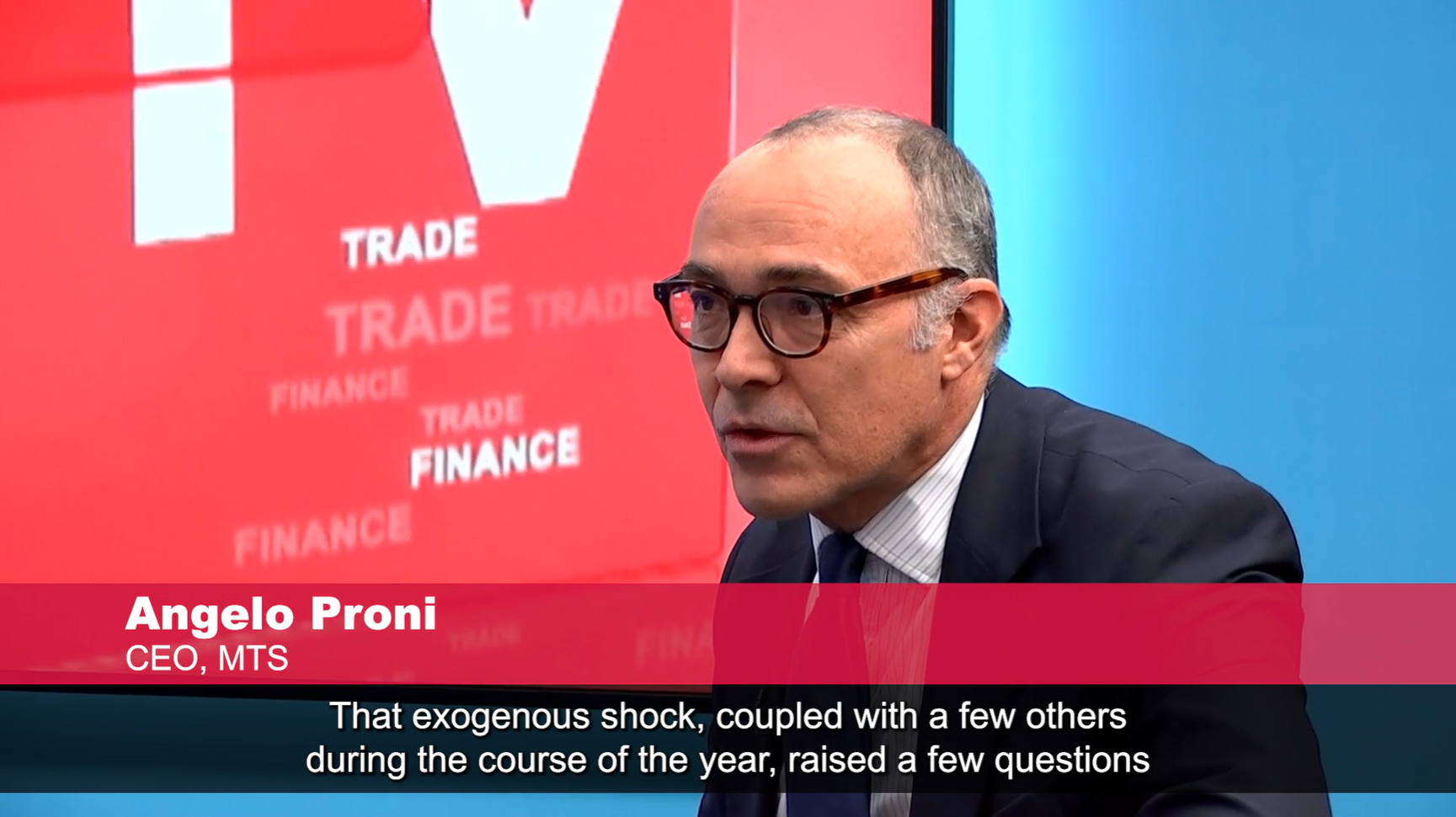