The weekly update on newly issued equities and bonds this week across Asia Pacific with:

Dan Barnes Welcome to Primary Markets TV for Asia Pacific – your update on newly issued securities in APAC. I’m Dan Barnes. This week is seeing the launch of several initial public offerings on the Australian Stock Exchange. The IPO is from Universal Store Holdings and Native Mineral Resources Holdings listing on the 16th, today Monday. Caspin Resources Limited and Metal Hawk listing on Thursday the 19th. Hong Kong Stock Exchange is seeing several more listings from Sichuan Tianzow Breeding Technology on the 16th. Sunkwan Properties Group and Jinke Smart Services Group on Tuesday the 17th. Then Yadong Group Holdings and Shinsun Holdings on the 18th. Japan Exchange has one listing on the Tokyo Stock Exchange, payments and CRM technology provider Arara, out on the 19th. Singapore’s most recent IPO was Nanofilm Technologies back on the 30th of October, which took SGX Technologies’ cluster to a total of 81 listings, with the combined market capitalization of more than 69 billion dollars. In the fixed income markets, year to date, we’ve seen around 314 billion of corporate bonds issued in Asia Pacific, and around 22.6 billion of rates issued in Asia Pacific, according to data from Morgan Stanley and Bond Radar. In China, analysts are reporting that corporate bond issuance picked up to 252 billion renminbi in October, potentially indicative of greater funding needs from corporates, and likely related to a continued catch up on some infrastructure investments. In India we have Muthoottu Mini Finance, issuing bonds on the Bombay Stock Exchange coming up this week. But joining me today are John Fildes, lead for capital markets and Bain in the Asia Pacific, and Charles MacGregor, head of Asia at Lucror Analytics. Based in Singapore, Lucror is an independent, fixed income, research house. Welcome to the show, guys.

Dan Barnes Looking at the equity space, are there any particular trends that you’ve seen for IPOs in Asia-Pacific, year to date and anything more recently?

John Fildes The amazing thing about this year, given all of the turmoil that we’ve seen everywhere, is that the IPO market has actually been up in Asia Pacific. When you look at the year to date, at the end of Q3, the China market was up about 30% year to date. Hong Kong has been up 57% year to date. And that’s a phenomenal performance. When last year had some record listings with Alibaba in Hong Kong and Saudi Aramco in Saudi, so to see this increase in this year is really quite amazing.

Dan Barnes Absolutely. Do you have a sense of what’s driving that?

John Fildes The Hong Kong and China drivers are slightly different from the rest of the world. I mean, Europe has seen a dearth of IPOs really this year. China and Hong Kong have led the world, followed by the Americas markets, and actually, Brazil’s been performing very well. But what’s really driven Hong Kong and China, in the case of Hong Kong, it’s been the returnee’s. It’s been the China ased but US listed entities that have chosen to do a secondary listing in Hong Kong now something NJT dot com, Nettie’s Young China and so on. That’s been one hundred and two billion Hong Kong dollars so far. And in China, I think the stock market has really driven that. You know, the stock market has been 53% of the funds raised in Shanghai year to date. There’s a pipeline looking forwards of over 200 listings queuing up on the stock market, and that’s all technology and industrial companies. So that’s a phenomenal growth story.

Dan Barnes In terms of sectoral trends, is that reflective of the sort of IPOs we’ve seen for the rest of the year?

John Fildes Yeah, I mean, the star market has really been the driver and that’s very, very tech driven, as is the ChiNext Market, which has also been the big driver of Shenzhen’s IPO growth. So definitely technology, definitely China focused. That’s been a really big driver.

Dan Barnes That’s great, thank you very much. Charles, can I come to you, looking at the fixed income markets in Asia Pacific, are issuance volumes where perhaps you might expect them to be this time of year? And how does that compare to previous years?

Charles MacGregor The issuance volumes are way in excess of what I might have expected this year, especially given that in March and April there was very little issuance just because of COVID-19 basically shutting down China. But since then, we’ve seen volumes pick up again, and as you said before, what sort of 310? 320 billion year to date? That’s about 16% over last year, and last year was a record year, it was huge. We think there are a number of reasons driving this. Yields in returns in euro high yield, US high yield, US investment grade hasn’t been very strong, and especially at this time of year now, we feel that investors are concerned about the possibility of Treasury yields spiking.

Charles MacGregor That’s due to, and it’s looking as though it’s going to be in the short term, not the long term, so a relatively quick pace of economic recovery. And obviously the economic stimulus is expected to come through, so their concern now is, rather than looking for duration to enhance their returns, so potentially going to be shifting to high yield to get that down return.

Dan Barnes Again, looking at sectoral trends, are there anything in fixed income which you’ve found particularly interesting or worthy of note?

Charles MacGregor The predominant issuance continues to be from banks and property companies, as far as China is concerned. We’ve seen an additional tier one capital issued from Bank of Communications just two days ago, and that was 2.8 billion dollars, and then that was well received. At the same time, we saw the 20th largest property company, Zhenro, issue a green note, and it was only 200 million dollars, but it was 11 times oversubscribed. So we’re aware that ESG considerations are playing an increasingly major part in investors considerations at the moment.

Dan Barnes Are there any characteristics of bonds being issued at the moment which are of interest around covenants, and things like that, because we’ve seen a weakening of covenants, certainly in Europe and the US to some extent.

Charles MacGregor Covenants are probably more important from a high yield perspective, because you don’t get an investment grade one. To be frank, in Asia, covenants really aren’t that critical, because the legal systems have a lot of uncertainty about them, unlike Europe or the US, where you can go to a court with a reasonable idea of what the outcome might be. What the covenants do is, it helps us understand what management’s objectives are and what the commitments might be. That said, we are seeing over time that they are becoming less onerous, if you like, for the companies. They came from a relatively higher base compared to the US. So, I’d say if you’re just looking at companies within themselves, they’re probably still better than US high yield, but that’s not saying a lot. It’s worth remembering that investors really don’t look that much at the covenants, so it’s more about really just looking at the risk of default.

Dan Barnes You mentioned the level of oversubscription to one of the issues there. What’s your sense of investor appetite across Asia Pacific or now in different geographies?

Charles MacGregor Well, what the reality is, is that the majority of the bonds are staying in Asia. And I suspect that a lot of them are going to Chinese banks. That being said, I think there is an increasing proportion that has been picked up by the Europeans, and the US investors less so, because they tend to look more at the 144A issues. And the vast majority of issues out of Asia are Reg S issues, so they don’t go to the US on their roadshows. There is this sort of hunt for yield, if you like, and Asia is attractive in that regard. Default rates have ticked up a bit in China, but these are predominantly companies that should never have been allowed to enter the US market. They’re kind of pseudo-government-related, but not really an SOE and with weak business models. But if you put those aside, I think there’s still a strong appetite for Asian credit.

John Fildes It’s really interesting what’s happened in the high yield market in that, you know, if you take fx Country Gardens 2030 bond; before the crisis it was trading about 101, and you know, when COVID-19 hit, it dropped to about 90, but it’s actually now rebounded to that 104, 105. So it shows there’s an even a higher appetite for Chinese, US dollar-denominated, high yield, offshore bonds than there ever was, and I think that’s growing. 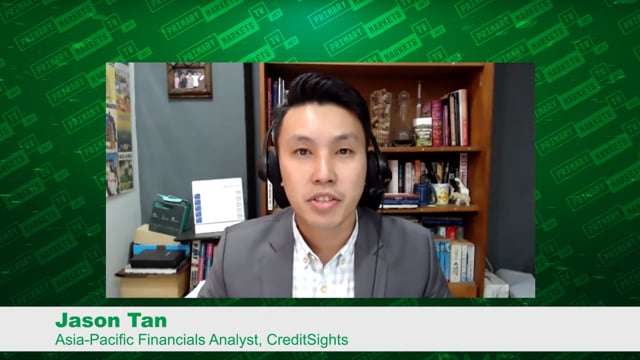 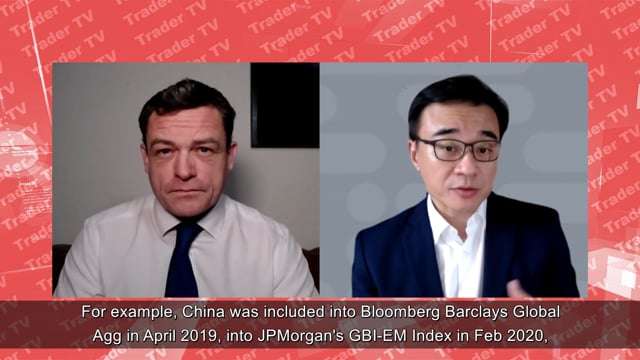 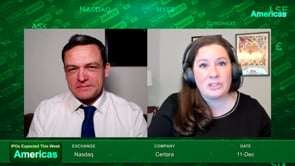