If balance sheet restraints prevent banks from providing repo liquidity, but asset managers are labelled ‘shadow bankers’ for peer-to-peer repo – what do regulators want? Roelof van der Struik, manager for Treasury Trading & Commodities at pension fund manager, PGGM sees a backstop to accessing central bank liquidity as one option. Andy Hill, senior director at the International Capital Market Association (ICMA) says that members’ proposals may not be acceptable – disintermediation will not work but they are hamstrung by their regulatory obligations to retain capital against their trading activity. He argues there is a case for recalibrating some of these obligations, notable the leverage ratio as part of the Basel III Capital rules.

Dan Barnes Welcome to Trader TV, I’m Dan Barnes. Repurchase or repo markets are a vital short term supply of liquidity for borrowers and a source of revenue for lenders, yet there are serious concerns over their capacity to function. Joining me today are Roelof van der Struik, manager for Treasury Trading in Commodities at PGGM, and Andy Hill, senior director at the International Capital Markets Association, Market Practice and Regulatory Policy Group. Andy, Roelof, welcome to Trader TV.

Roelof van der Struik Hi Dan, thanks for asking me to come back.

Dan Barnes So the first question is, what is the significance of the performance of the repo market today?

Roelof van der Struik I said this last year when I was with you in August. During the year, nobody wants cash, everybody wants bonds. And I also said last year, when the fertilizer hits the air conditioning, then suddenly nobody wants bonds, everyone wants cash. So, we need a mechanism to transform the one into the other. And that’s called the repo market

Dan Barnes How have the repo market been functioning over the past year?

Andy Hill If you look at the market on any given day, particularly over, say, the last two years, it might look as if it’s functioning pretty well. If you look at the ICMA semi-annual repo surveys, for instance, the last one showed that outstanding repo balances in Europe are at 7.6 trillion, which is the highest they’ve ever been. It’s higher than than pre-regulation, but you also have to remember that a lot of this is being driven by the margin requirements for derivatives trading. And also there’s a greater emphasis on secured borrowing and lending rather than the unsecured as the unsecured market virtually goes to zero. But the problem is, underlying that is a structural weakness or a structural vulnerability in that once you get to key reporting dates, year-end being the notable one, things start to break down.

Dan Barnes Could you just explain the risks for your members?

Andy Hill I think the risk has, as a result of regulation, moved from the sell-side to the buy-side. If you think about what banks do in the repo market, they provide an intermediation service, they provide transmission. It’s the users of the repo market who are the most vulnerable.

Roelof van der Struik I think it’s also important to ask, ‘how do banks see themselves?’ Do they see themselves as a shareholder-owned money factories? Or are they on monopolistic utility companies? And we’re hoping that they’re utility companies and the banks are saying, ‘no, no, we are here for our shareholders. You’re trying to make money.’ If we had some kind of backstop, it doesn’t matter how expensive it is, but at least have some kind of way of, in case of extreme market conditions, to tap into the ECB liquidity, then it would give us enormous peace of mind. By the way, that’s the last time I’m going to call, ‘Wolf’. We’ve been screaming, ‘Wolf,’ for the last five years and it hasn’t helped. So we have stopped doing that, I think, and I just fell prey or something.

Dan Barnes Andy, are there any solutions that your members have collectively put to you, or lobbying positions they’ve asked you to take?

Andy Hill They have, whether they’re acceptable or not is another question. I mean, there’s a lot of talk about disintermediation of the banks. If the banks are the blockage, if if the regulation and the other reporting requirements and the balance sheet levies are what’s causing this inability to intermediate and create collateral and liquidity fluidity, then surely the solution is to go around the banks. In theory, it sounds fine. In reality, it’s practically impossible. The banks essentially provide this immediately service by using their balance sheet. You know, they take risk. They bid for terms that are mismatched. They bid for collateral that’s mismatched, and offer collateral they don’t own. They manage this risk, they hedge this risk and then they trade out of it. That provides the immediacy that the market requires. If the banks don’t do that, who else will? You need balance sheet, you need traders. It’s an impossible conundrum.

Roelof van der Struik Our idea of a bank is that they, because they can get across a whole bunch of customers, they are can be of great value. If they are not in a position to do so, what they’re supposed to do either because of the shareholders who don’t accept the lower return on equity that this product is providing, or because the balance sheet restraints for the regulator, then we are in trouble. And then we can try, I mean, we’ve spoken about, you know, peer-to-peer initiatives and everything. But I think, the regulator also calls us shadow bankers. So, I mean, what do you want? We would love to have banks to do the work for us, but now we are trying to figure out how we can be a kind of bank, which we don’t want to be. We just, we are investors. So, it’s a very strange place.

Dan Barnes OK, so what are the possible ways forward?

Andy Hill It’s never well accepted by regulators, but there is clearly an argument for a rethink about how things such as the leverage ratio is applied. That’s not to say the leverage ratio should be taken away. It’s just, should there be exemptions for certain activities where you’re not necessarily providing leverage, but you are providing a service that is fundamental for the functioning of the financial markets. I think there needs to be a recalibration of some of the regulatory requirements, leverage ratio being the main one.

Roelof van der Struik Thank you for having us.

Dan Barnes I’d like to thank Roelof van der Struik and Andy Hill for their insights, and of course, you for watching. To catch up on other markets we cover, or to subscribe to our newsletter, go to TraderTV.NET and ETFTV.NET.

Electronic repo trading has moved to the next level 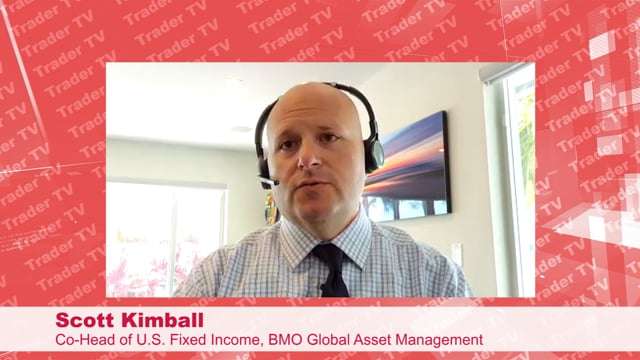